You have no items in your shopping cart.

Search
Product was successfully added to your shopping cart.

When one thinks of New Zealand, one thinks of big brown and rainbow trout and crystal-clear rivers and fascinating landscapes. But New Zealand has much more to offer! It is surrounded by the sea and teeming with hungry fish! It starts with kahawai, the "bread and butter" fish of saltwater fishing in New Zealand. These aggressive predators are often found in large schools on the go and they eat everything that moves like shrimp, small fish and crabs. The Clouser Minnow was my absolute favorite fly for this type of fishing! The Kahawai that are close to the shore and within easy reach for us flyfishers are  usually between 20 and 50cm, but fish  up to 70cm are also present. A 5 or 6 trout rod is fun for the smaller specimens, but a 8 is best for the larger ones. Kahawai can be found at estuaries, estuaries and structures on sandy beaches. 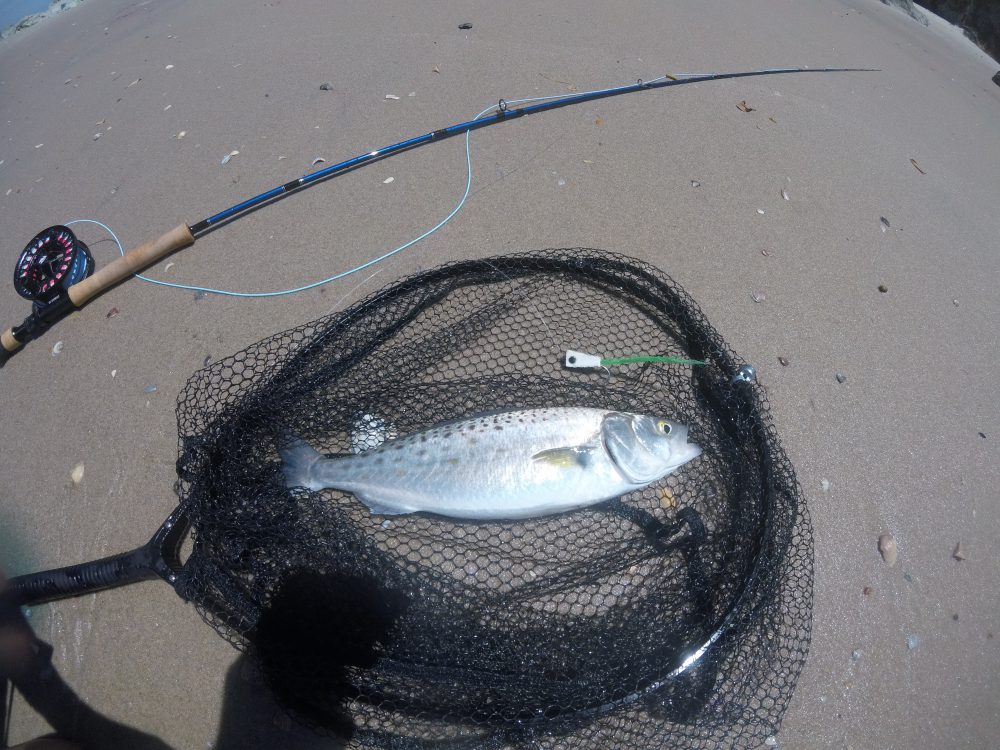 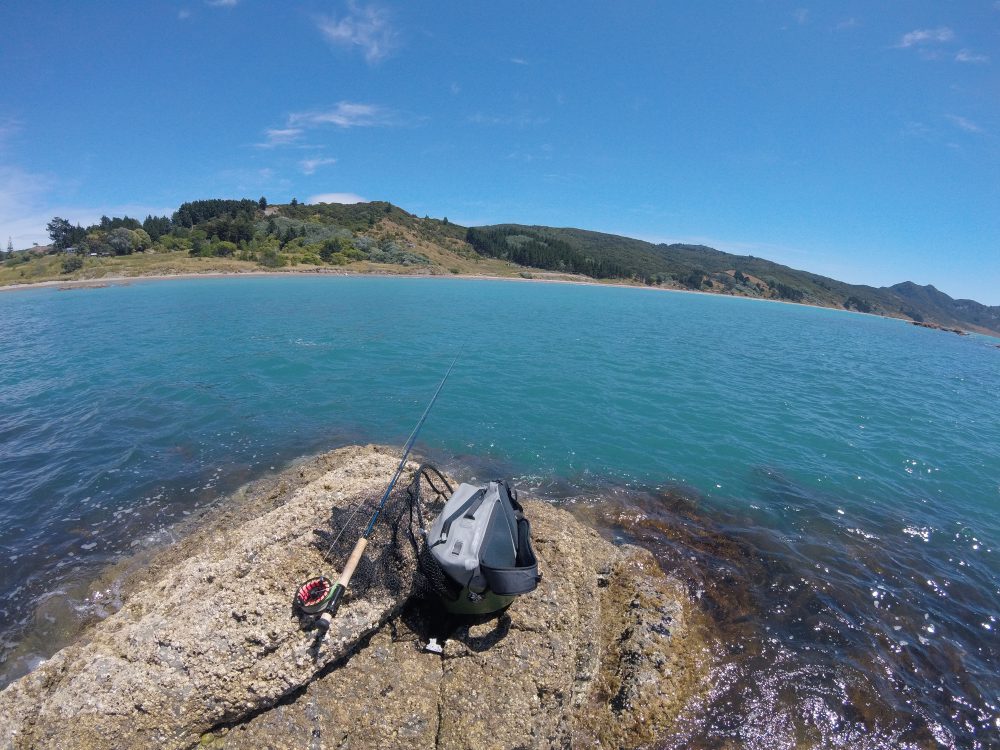 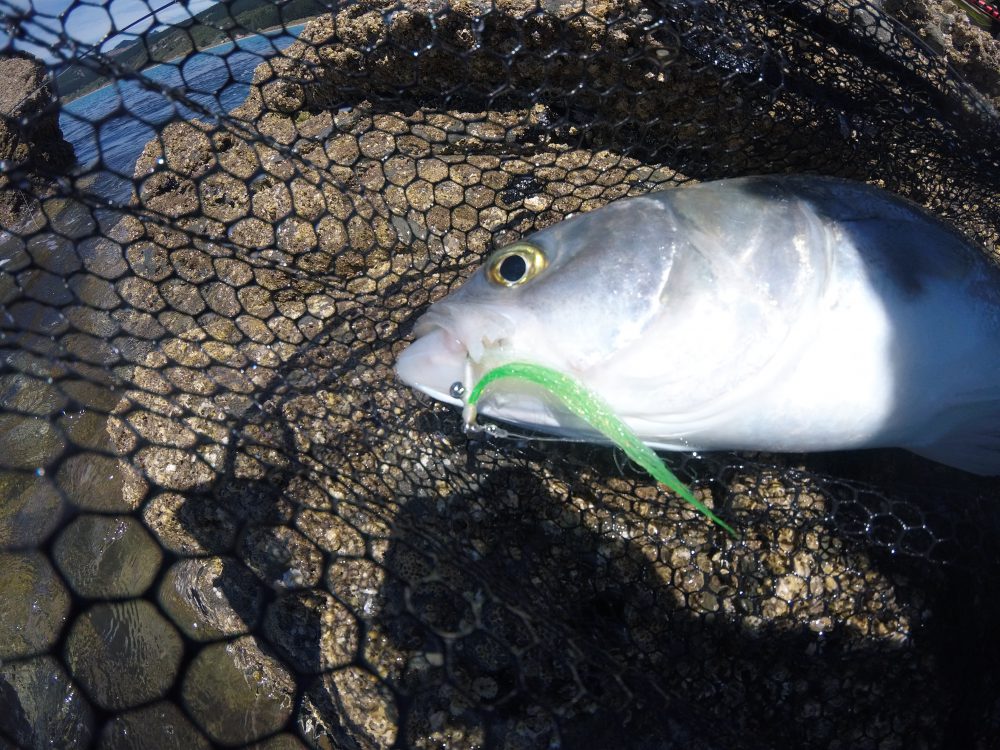 The Clouser Minnow is my fist choice when fishing for Kahawai

Okay, that was short and sweet about Kahawai. Although Kahawai are really good fun, they are more at the bottom of the food chain, and when they venture into deeper waters, they are hunted by, marlin, swordfish and big yellowtail kingfish and more. These fish are usually cought only with great effort and from a boat, but "smaller" specimens of the Yellowtail Kingfish someties come near the shore to hunt kahawai, mullet, flounder and other baitfish. And then it is possible to outwit them with the fly. Often, this fishery in New Zealand is compared with fishing in the warmer Pacific waters for smaller Giant Trevally (GT). When they are in a feeding mood, then the Kingies, as the New Zealanders call them, are extremely aggressive, like to take a popper fly and fight like a train once you're hooked.

But not everywhere do the Kingies come near the shore. You are most likely to find them near estuarines when the tide turns and the baitfish have to swim to deeper water. That's like a Running Sushi Restaurant for the fish. For the fly fisherman, however, this fishery is tough, hours of false casting in the current vortices of estuaries with the hope that at some point a Kingie or a large Kahawai attacks the Popper, Clouser or Baitfish streamer. 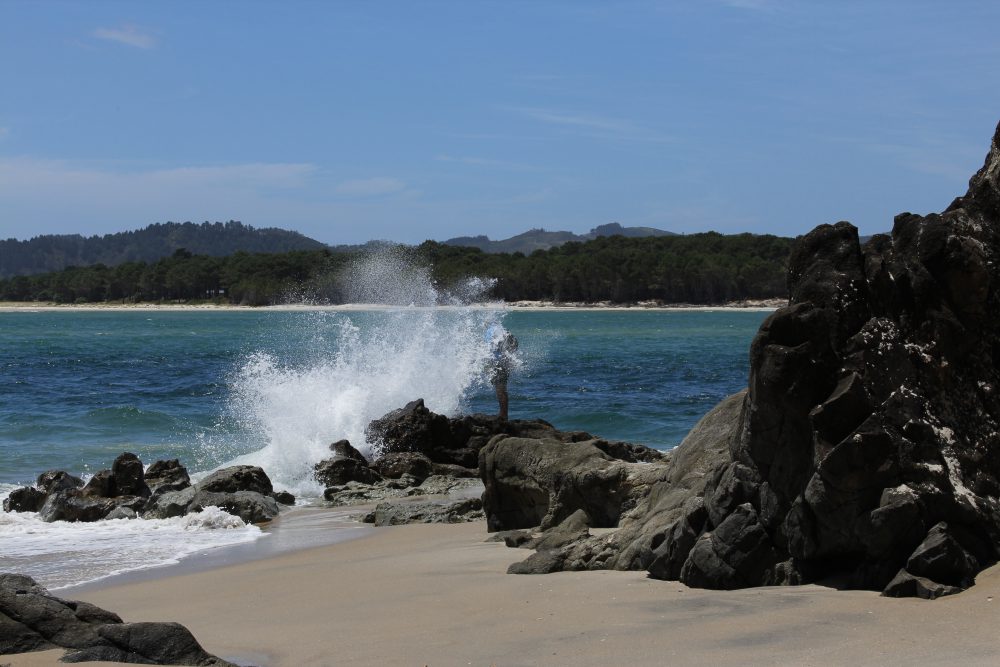 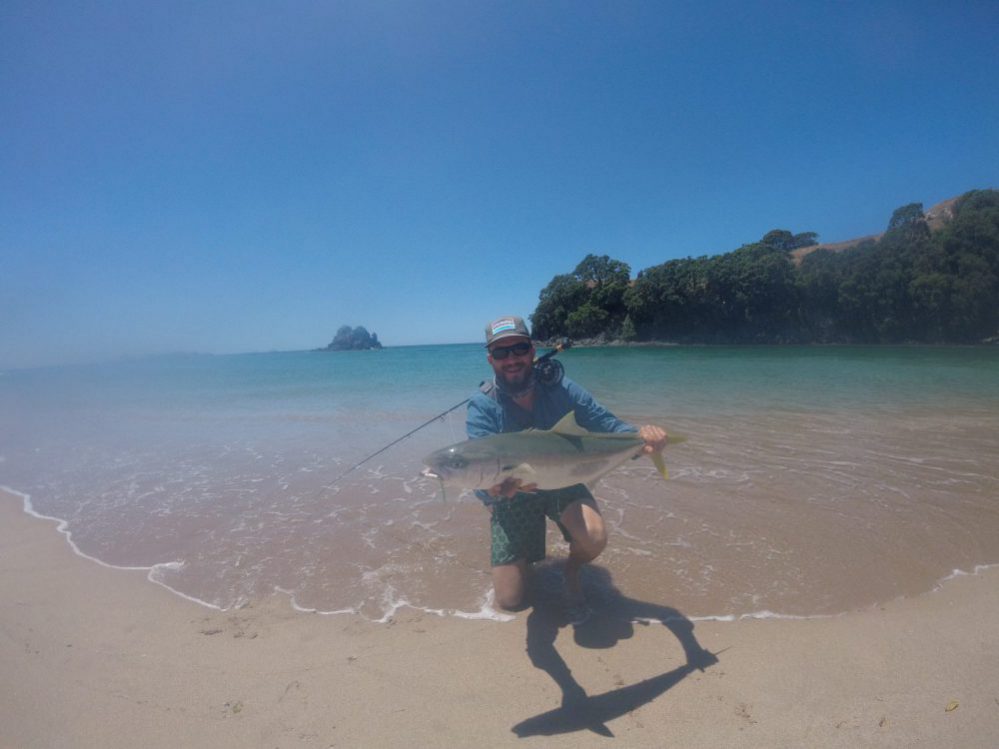 An abandoned estuary is always a hotspot for predatory fish. But the waves are not to be underestimated!     My first Kingfish came out of nowhere from a stray water of an empty estuary

However, some Yellowtail Kingfish have specialized in hunting in large shallow water zones. They use the backs of large stingrays to get close to baitfish unnoticed, or catch flounder who only give up their camouflage at the last moment and flee from the rays. Some of these shallow water areas are the harbors and estuaries around Auckland and Tauranga on the North Island, but also the Golden Bay on the South Island. I was fortunate enough to spend three weeks in the latter region hunting the Kingfish on the flats.

At first it was, as they say in Bavarian, richtig Zaach! I stood in front of a 20 km long stretch of coast with flats, estuaries and rivers and I had no idea where to start. In addition, the weather was a bit cloudy and the clouds made it extremely difficult to see into the water. Then there were two days with onshore wind which made the coastal waters murky and made the sightfishing of rays or Kingfish impossible. But fortunately, the region has more to offer than just fly-fishing and I explored some caves in the area and fished for brown trout in the surrounding rivers. 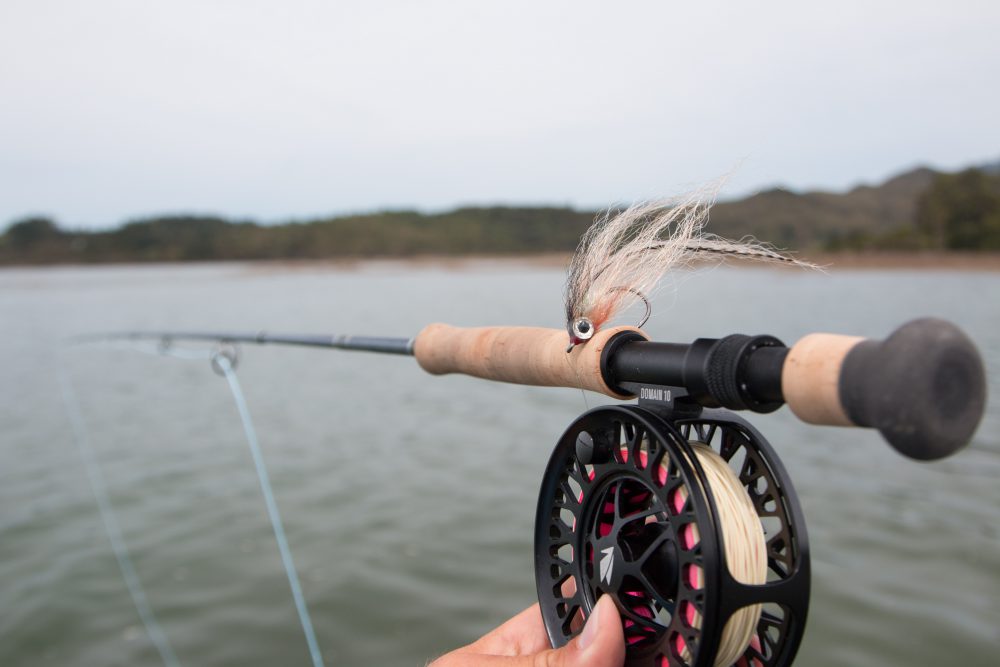 Looking for Kingfish in Overcast Weather

As the weather finally improved, I was drawn back to the Flats looking for the Kingies, but I still did not know where to find them. So I had no choice but to invest time and fish all the flats and estuaries.

It took a few days, but then it finally happens! It is high tide, and 50 meters in front of me I see a  wave slowly moving towards the beach. The water reflects and I'm not sure what it is. Nervously I wade a few meters into the deeper water to have space to cast. I layed line a few meters in front of the  wave, pull the popper in short strokes, and the closer the wave comes, the higher my adrenalin rises !!!!

It seems like the wave is not interested. I put the popper again a few meters in front of the  wave and this time stripping more aggressive, and the fish reacts! The water exploded as the fish attacked the popper. I tried to hook the fish with a strip-strike, but nothing happend. Shit ***, the Popper just wasn´t right. Well, at least a first contact, my fingers trembled, although I had no real fight.

In the following days I found more and more Kingfish which i tried to outsmart. Some of these scenes I could capture on video, which you will find at the end of the article. 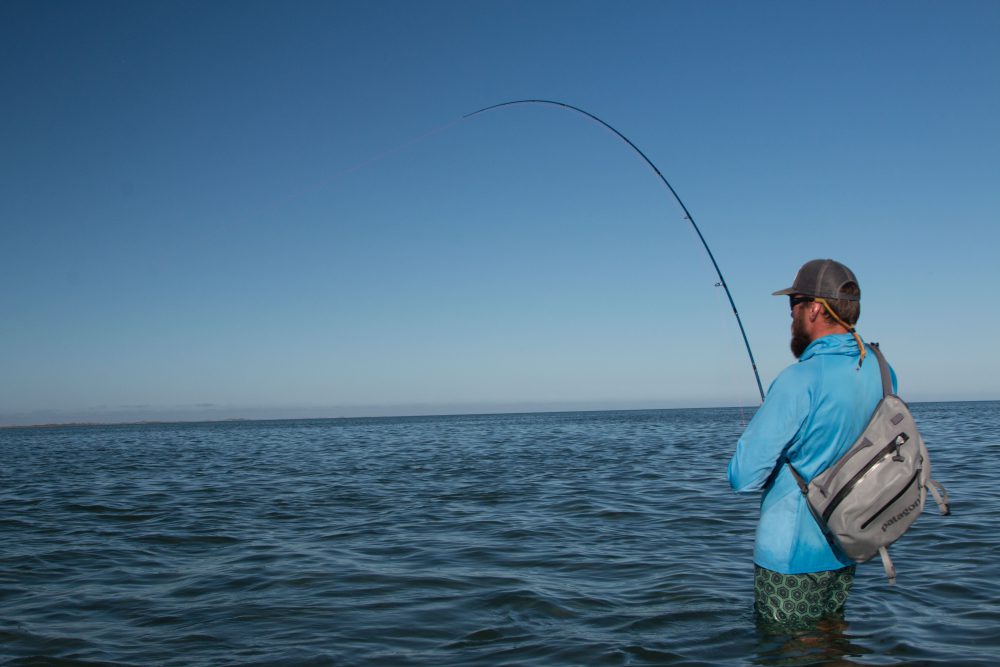 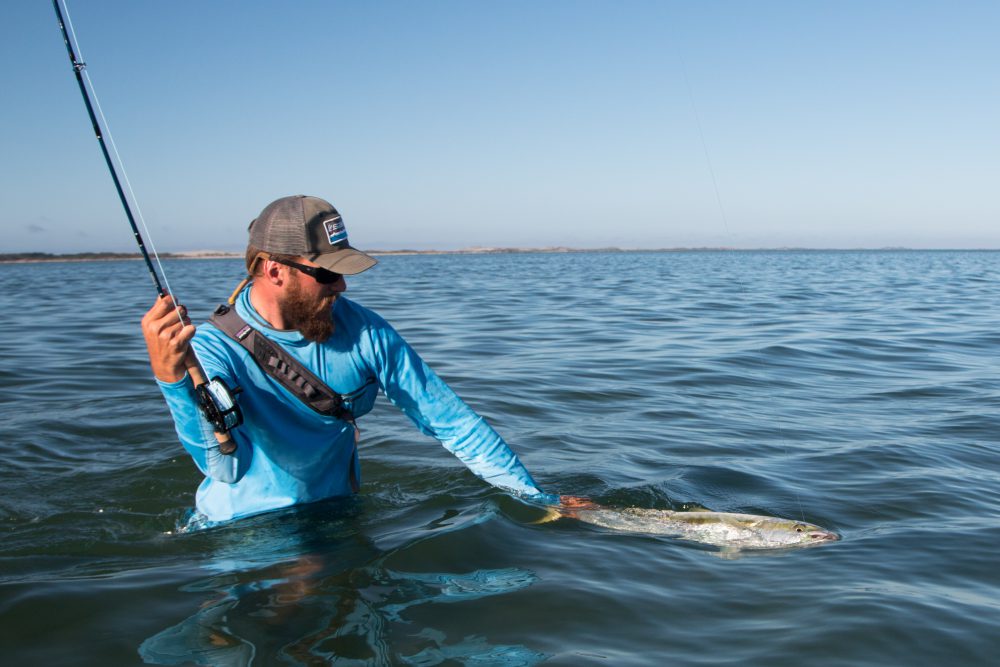 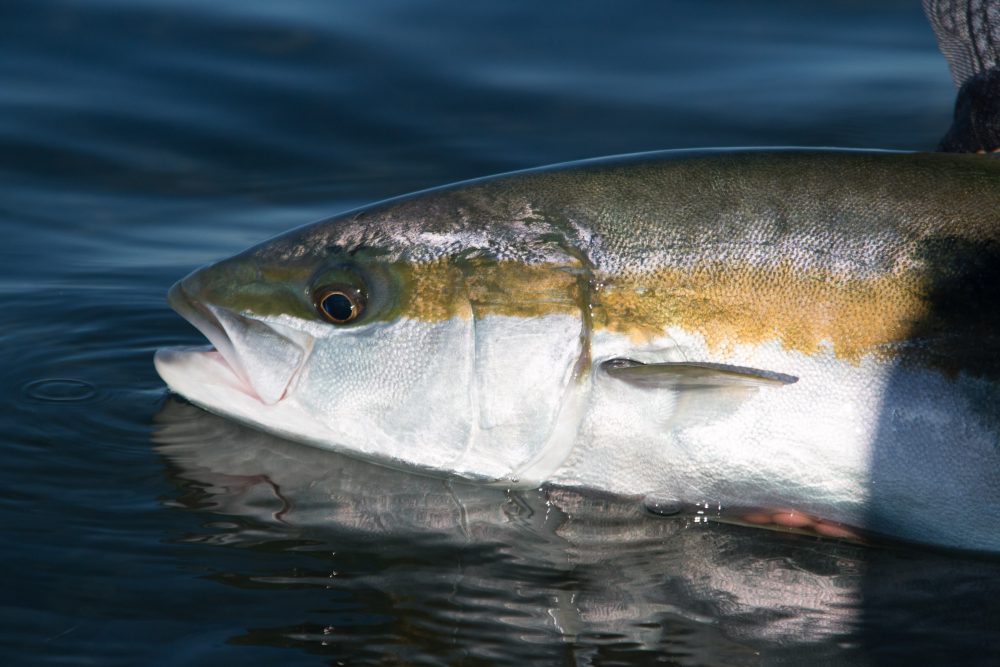 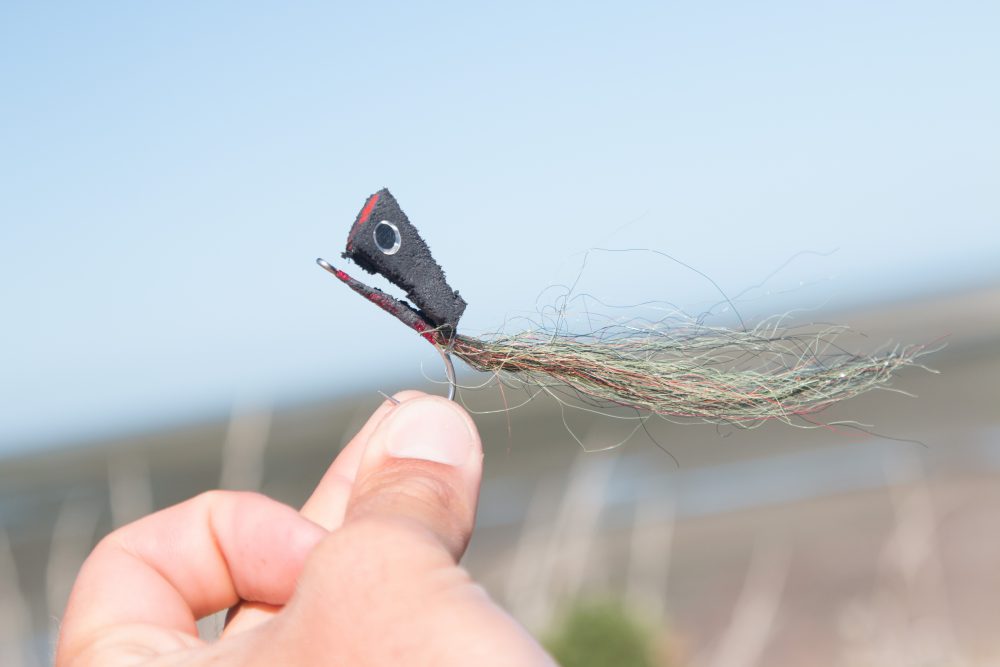 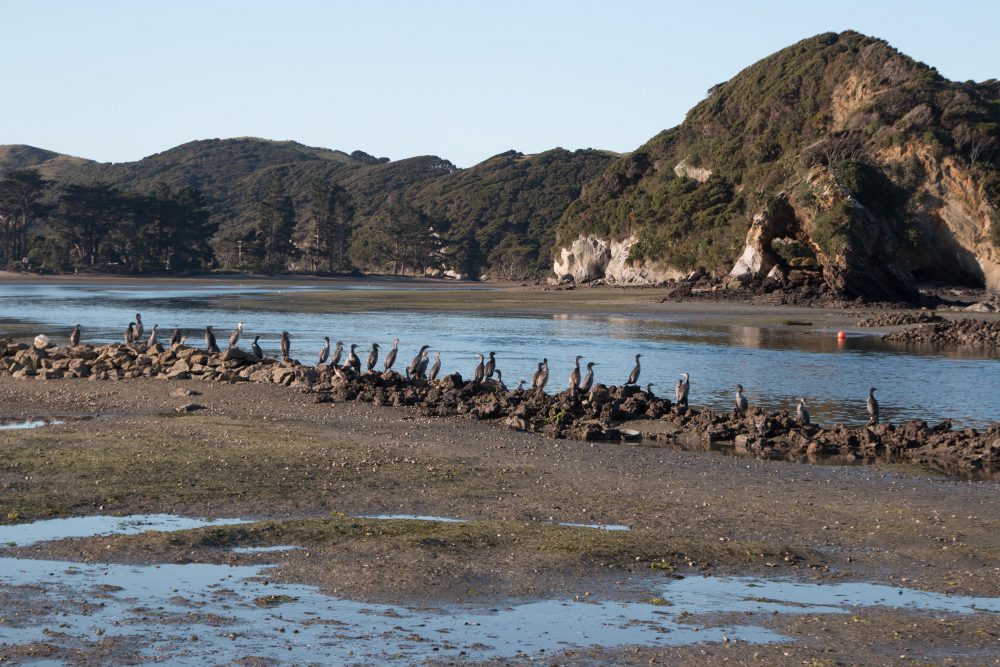 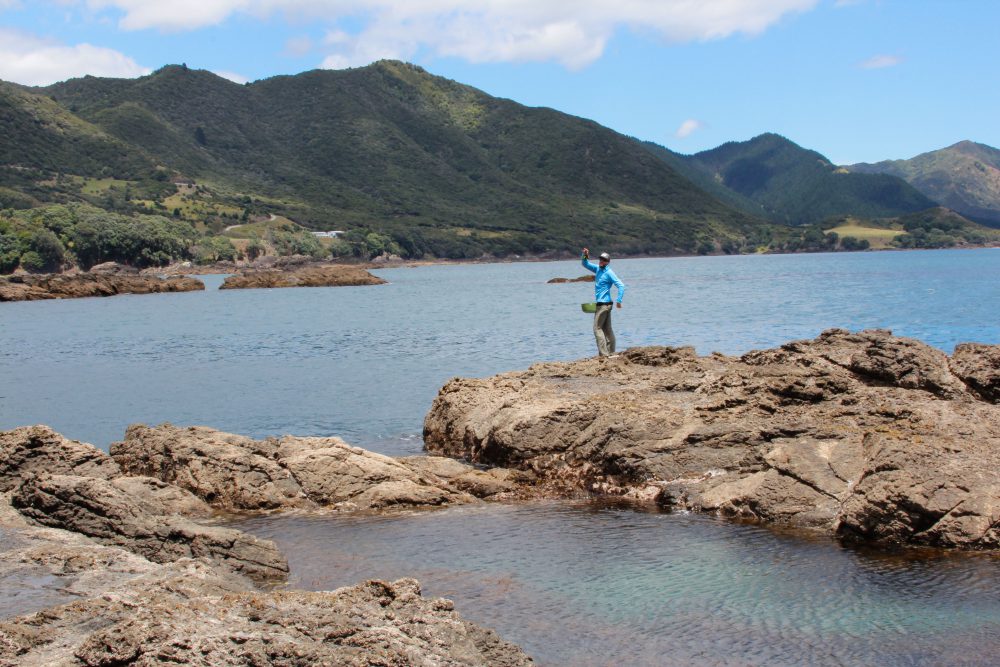 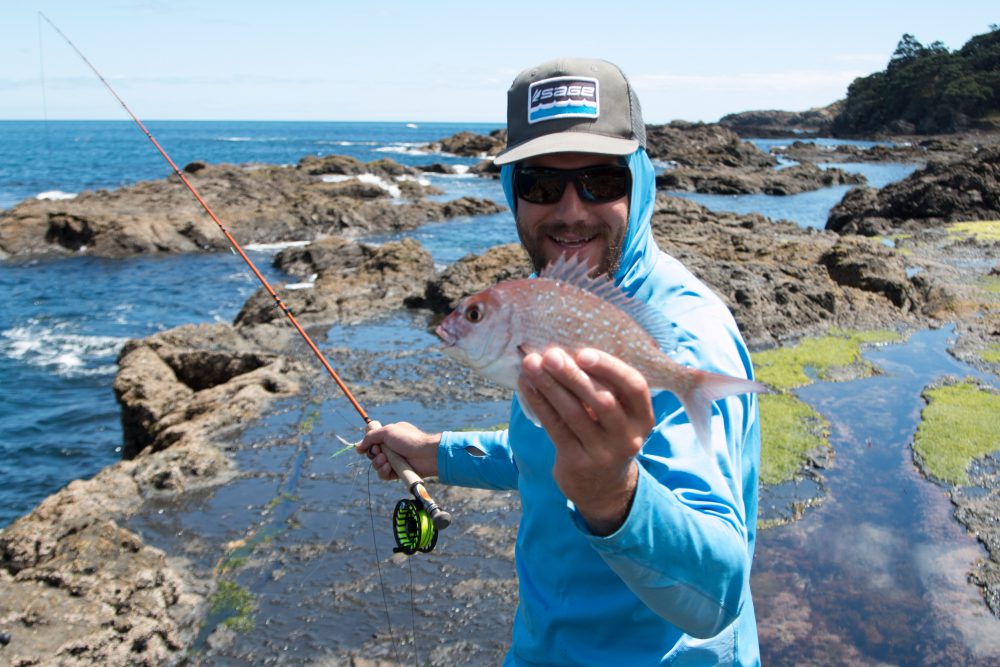